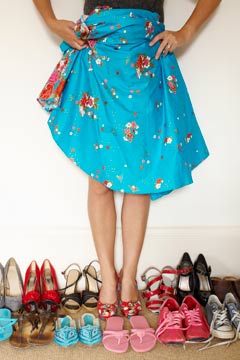 Unlike Carrie Bradshaw, we may not be the old woman who literally lived in her shoes, but we’re pretty darn close!

Not surprisingly, four out of 10 women reportedly admitted to judging females based on their footwear, while more than half didn’t feel guilty about buying new shoes, though 25 percent keep their purchases secret from their boyfriends who “wouldn’t understand.”

“Shoes are women’s one major weakness,” Hayley Parsons of GoCompare.com told the paper.