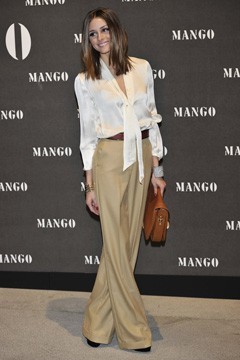 Vanessa Paradis has something new to add to a resume that includes world famous model, singer, mother of two, and purveyor of the world’s most gorgeous significant other, Johnny Depp.

The French fabulite has been tapped to star in Chanel‘s 2010 advertising campaign for its Rouge Coco de Chanel lipstick.

Paradis has been a favorite of the brand since the early 1990s.

In 1992 she was the face of the Coco fragrance campaign, posing in feathers and swinging in a bird cage for the namesake scent.

In 2003, Paradis was photographed by Karl Lagerfeld for Chanel’s Cambon handbag (we’re assuming this mom does not sit on the couch and munch on chips), and modeled again for Chanel’s Mademoiselle handbags in 2005.

2010 will be a big year for Paradis – she’ll be coming our with a greatest hits album called The Best of Vanessa Paradis later in the year.