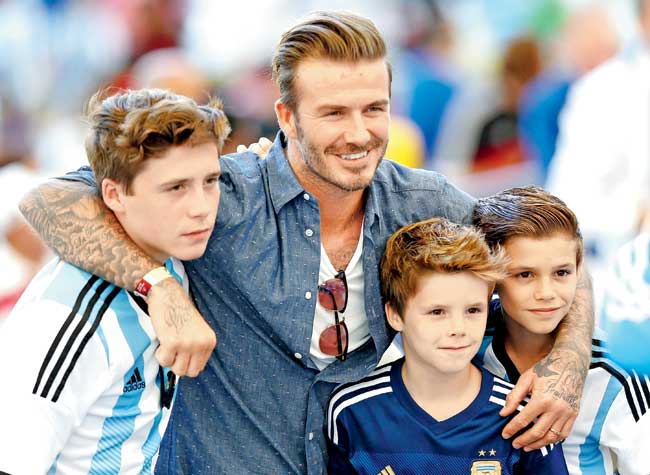 So every third week on June, Father’s day is celebrated by some countries and it is started at US according to history. Father’s Day was founded in Spokane, Washington at the YMCA in 1910 by Sonora Smart Dodd, who was born in Arkansas. Her father, the Civil War veteran William Jackson Smart, was a single parent who raised his six children there.

After hearing a sermon about Anna Jarvis’s Mother’s Day at the Central Methodist Episcopal Church in 1909, she was told her pastor that fathers should have a similar holiday honoring them. Reported by Wikipedia, although she initially suggested June 5, her father’s birthday, the pastors of the Spokane Ministerial Alliance did not have enough time to prepare their sermons, and the celebration was deferred to the third Sunday of June.

So this article will show some public figures that come from Hollywood celebrities that get credit as a hot daddy from polling recently.

This actor is not only skilled in acting as Thor but is also reliable as a father to his children. The husband of the Spanish artist Elsa Pataky was once named the People’s Sexiest Man Alive in 2014. Appear in several photos from social media Hemsworth feeds his children.

Actor actor Nelson Mandela in the film Mandobi autobiography: Long Walk To Freedom is the father of two children, one of whom is 19 years old. He once got the same title with Chris Hemsworth in 2019 as Sexiest Man Alive.

He started to recognize as a wrestler before he began his career as an actor on Hollywood. Although Dwayne has a big and muscylar body but sometimes he has a picture with his little daughter. Many times he got his picture with his daughter spent time together. Recently he has a video where he sings to her daughter. In 2006, Johnson founded the Dwayne Johnson Rock Foundation, a charity working with at-risk and terminally ill children.

Edward Thomas Allan Donaldson Hardy CBE is an English actor and producer. After studying acting at the Drama Center London, he made his film debut in Ridley Scott’s Black Hawk Down. The husband of Charlotte Riley is the father of 3 children who starred in box office films, one of them being Venom.