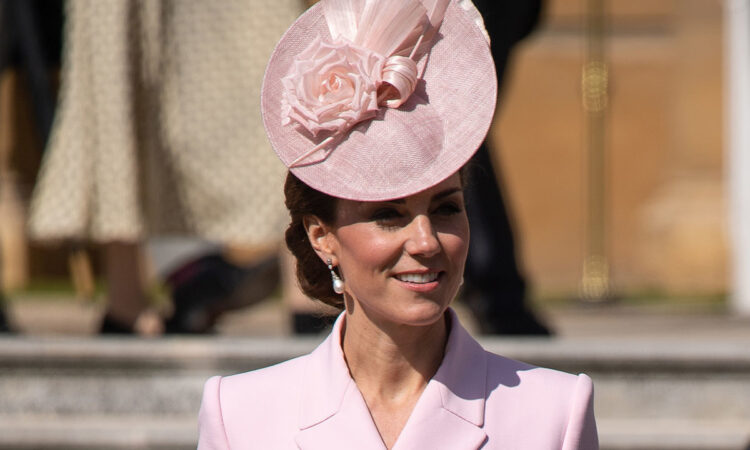 Future British queen candidate, Kate Middleton, always looks beautiful and elegant at every opportunity. In fact, since becoming the wife of Prince William, whatever Middleton wears is in the spotlight and even fashion icons. From every opportunity to appear at public events, every dress, Middleton always appeared to steal the show.
Of the many Middleton appearances in public, Middleton never once displayed her underwear despite wearing transparent clothing. In several public events where Middleton was present when she wore a transparent gown, she never accidentally appeared in the bra straps or even the shadow of the bra she was wearing.

From some information from the founder of Beaumont Etiquette Myka Kate Middleton’s personality school using shapewear and bras sewn into clothes so that bra straps and panty lines are not visible behind a transparent dress. The use of shapewear is very important for the royal family because they are not allowed to show their underwear in public, even if accidentally. “Panties and bras are considered intimate apparel, for the royal family, showing intimate apparel in public is not allowed. There are several options for hiding bra straps, one of which sews a bra into the inside of a shirt,” Myka was quoted as saying by the Daily Mail.

The second option, according to him, is to wear strapless shapewear. Shapewear is underwear in the form of a mini dress, tube dress, or tight leotard that serves to give the illusion of a slimmer body.
But for royal families like Kate Middleton, shapewear not only serves to streamline the body. But it also maintains the norms of politeness that have become palace protocols.

If you plan to make transparent clothing or dresses, this can inspire you to look perfect without having to show your underwear. The appearance of Kate Middleton is also very important because it can be a role model of politeness in dressing for women who uphold the values ​​of modesty in clothing. Although there is a saying that doesn’t judge a book by its wrapper, the polite appearance will lift your confidence in public, especially in the field of politeness ethics which is certainly a positive icon for people especially if you are a mother, for your daughter you get an example good from his mother.