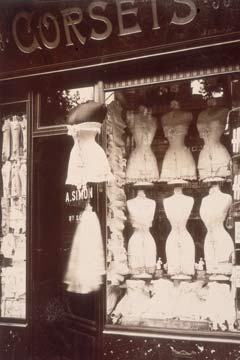 Turns out Lady Gaga is good for business.

The envelope-pushing pop star — typically seen performing in little more than her knickers — is being credited with helping boost sales of corsets and other luxury lingerie items, WWD reports.

Lady Gaga and Rihanna (also known for her racy on-stage wear), are inspiring British women to jump on the underwear-as-outerwear bandwagon in huge numbers, according to the paper.

(See? We told you corsets were this season’s holiday party must.)

In the case of British department store Selfridges, the influence has led to a 70 percent increase in corset sales at its Oxford Street store last month, the source reports.

“The trend of underwear worn as outerwear is more popular than ever with customers investing more in fashion that adds a touch of spice to everyday life,” Helen Attwood, Selfridges’ head lingerie buyer, told the source.

The store also reports a 60 percent increase in Spanx sales, a 90 percent increase in sales of Bordelle‘s Angela Cage bandage slip, $596, following Rihanna’s American Music Awards performance in a similar get-up and a sellout of a feathered Bordelle girdle worth $1,470 within 24 hours, the source reports.

Way to put the “ho ho ho” back in the holiday, gals.

We love a sexy corset, but let’s just hope that Gaga’s style influence stops there. The last thing we need is more latex.

Meanwhile, these starlets are known for flashing their garters.